Despite massive challenges to people’s health and the economy, 2020 was a great year of progress for environmental and climate policies, and the trend has continued this year.

Important steps towards increased environmental sustainability have been taken in all of the world’s major economies this past year, which will have huge consequences for economic growth for a long time. We are at the start of a long period of enormous investments to transform the economy and phase out the use of fossil fuels.

Given such a large-scale transformation and with target dates set in the distant future, even intermediate targets such as the European Union’s more stringent climate goals for 2030 and China’s new five-year plan are in practice probably just as important in the near term. The United States is also aiming at 100 per cent carbon-free electricity by 2035, a major step for a country that gets 60 per cent of its power today from fossil fuels. All of these environmental policy declarations have already left their mark in financial markets. A survey of European fund managers early this year showed that the most likely and extensive long-term change they saw ahead after the 2020 pandemic year was increased investments in green energy and related infrastructure. A full 64 per cent of respondents identified this as the most likely structural economic change after 2020.

Even today, it is fairly easy to identify many of the most critical components in the transition to a low-carbon economy, for example electrification of the transport sector, renewable energy and related infrastructure, hydrogen technology and fuel cells, energy efficiency improvements, recycling, carbon capture and the capture of other emissions, water treatment and desalination, biomaterials and energy, more sustainable food and probiotics. Technology consultancies that help with everything from social adaptation to infrastructure protection to the design of new, more sustainable vehicles and factories should also benefit financially from this transition, even in a relatively early phase.

Renewable energy and related energy storage solutions play an absolutely crucial role in the transition to a low-carbon economy. Gigantic investments in renewable energy sources are also critical to enable other segments in this transition to deliver the environmental improvements expected of them, for example electrification of transport and manufacturing, as well as green hydrogen for everything from green steel to vehicle fuels to artificial fertilisers.

Green steel is red-hot in Sweden

Steel is one of the most polluting industries, accounting for about 7 per cent of all carbon dioxide emissions globally, and one that is relatively difficult to make fossil-free. Many spectacular large-scale industrial projects with a green focus have been launched in the past year or so, including a number connected in one way or another to the use of green hydrogen.

A number of steel companies, mainly in Europe, have worked with various projects for many years to reduce emissions and the use of coal and coke, but progress is too slow. The project that has probably advanced the furthest among traditional steel companies in producing fossil-free steel is HYBRIT, a Swedish joint venture between steelmaker SSAB, iron mining company LKAB and power generator Vattenfall. This work has been under way since 2016, but commercial volumes of fossil-free steel are expected to be delivered in 2026 at the earliest. The plant will cost around SEK 10 billion and produce 1.3 million tonnes of direct reduced iron, also called sponge iron, using hydrogen. Meanwhile, SSAB has noted there is great demand from customers for fossil-free steel and customers are willing to pay a significant premium for this.

The automotive market, not surprisingly, was hit very hard by the pandemic. However, electric car sales weathered the crisis surprisingly well and more than doubled during the fourth quarter of 2020 compared to the year-earlier period. Such exceptional growth will fuel the need for both battery metals (today mainly lithium, nickel and cobalt, but many other alternatives are being assessed) and copper for everything from electric motors to charging cables to power grids.

The transition will take time and has only just begun

The current stock market situation for environmental technology companies is reminiscent of IT/internet/mobile phone companies in the late 1990s. For many investors, it is clear that we are at the beginning of a big shift that will lead to massive growth in various industries and companies. Interest in green stocks will probably swing back and forth in the years ahead, but we believe that listed environmental technology companies will offer unusually good growth prospects in the next few years and further ahead. After large share price declines so far this year, their valuations have also become far more appetising than in January, while their outlook has further improved in important respects. 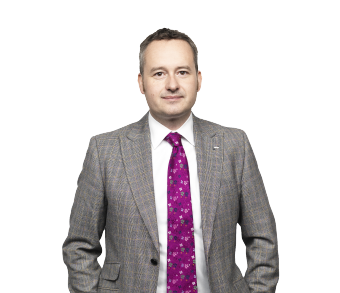 Go back to start page

The capital market is adapting to new conditions as we move from the dramatic recovery phase to more normal growth and inflation, as well as expectations of a higher rate of corporate earnings increases than the long-term trend.

The frightfully high valuations of many stock market winners during the past several months will mean bigger declines in the event of disappointments.

Send us your feedback