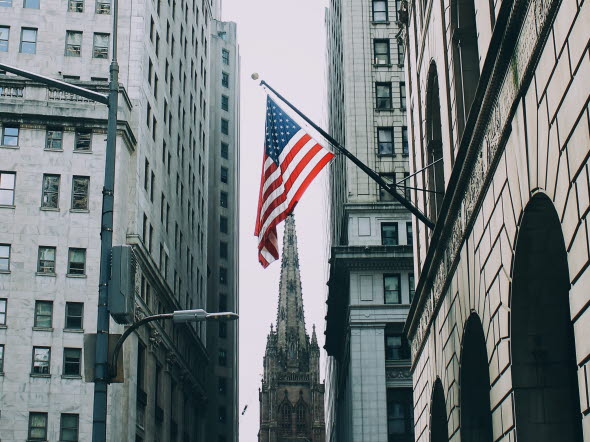 When the global economy is hit by recessions, the United States is usually the country that responds the fastest in order to support domestic demand. The Covid-19 crisis is no exception. How will his impact the dollar?

US fiscal stimulus packages implemented to date are far more extensive than those enacted in Europe. The Federal Reserve, too, has taken major steps to help sustain economic growth, but its monetary easing has meanwhile weakened the US dollar – a trend that we believe will persist for the next two years.

Difficult to challenge the dollar

Just over three years ago (Nordic Outlook, September 2017) SEB’s economists wrote a theme article entitled “The world will benefit from a weaker dollar”. Our thesis was that especially emerging market, EM, economies and world trade would benefit from a slightly weaker dollar. At the same time, we did not believe that USD dominance as a global reserve currency would be challenged in the near term. SEB’s economists are sticking to these views. Although China and Europe together account for about 35 per cent of global GDP, neither the yuan nor the euro is attractive enough to challenge the dollar any time soon.

The dollar remains as reserve currency

China hopes to let its yuan float more freely, but it is not close to having the flexibility and convertibility required of a reserve currency. While the euro is liquid enough to serve as an alternative, euro area internal imbalances, lack of a common fiscal policy and constant crises disqualify it from replacing the dollar. This leaves the dollar, our reserve currency for almost 50 years.

Since 2015, despite various challenges the dollar has been strong partly due to President Donald Trump’s tax cuts and a strong US stock market performance compared to other countries. The Fed’s 2015-2018 key rate hikes also contributed by making it costly to currency hedge the dollar. The Covid-19 has changed the situation, however, making the USD something of a punching bag. We believe there is room for further weakening. If we are right, central banks like the European Central Bank (ECB) and the Riksbank will have a tough time with their inflation targets, assuming both the euro and the Swedish krona keep appreciating.